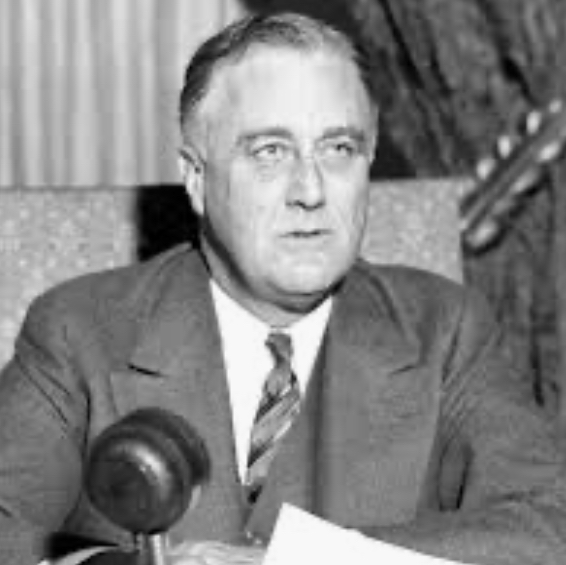 In 1932, at the end of his mandate, Herbert Hoover 31st President of the United States, convenes for June of the following year sixty six Heads of State to discuss world economy. London hosted this very strategic Conference. A few months later, he is defeated by the Democrat Presidential candidate, Franklin Delano Roosevelt.

One of the first major decision of the newly elected President is to put an end of the World Economic Conference. Throwing a bombshell at the 66 States high profile representatives attending the Conference, Roosevelt declares that the future of the United States won’t be decided in London but in Washington. Most of World Leaders and World Press, with the notable exception of Hitler and Staline, become vehemently opposed to his decision. In the US, media demand Roosevelt’s resignation while others evoke possible impeachment. But the Democrat President stands firm on his decision. To reach the American people, Roosevelt decides to bypass the Press and start delivering weekly Radio Addresses. He was re-elected in 1936, 1940 and 1944. An astonishing four consecutive terms.

President Roosevelt signed an Executive Order which required Americans to surrender much of their gold. The government would compensate $20,17 per ounce. After the surrender period, (the Gold Reserve Act of 1934), he raised the price of Gold to $35.00 per troy ounce. The Theresa Gold Mines founders were led to believe that the price of gold would explode thus making the investment and their efforts more than worthy.