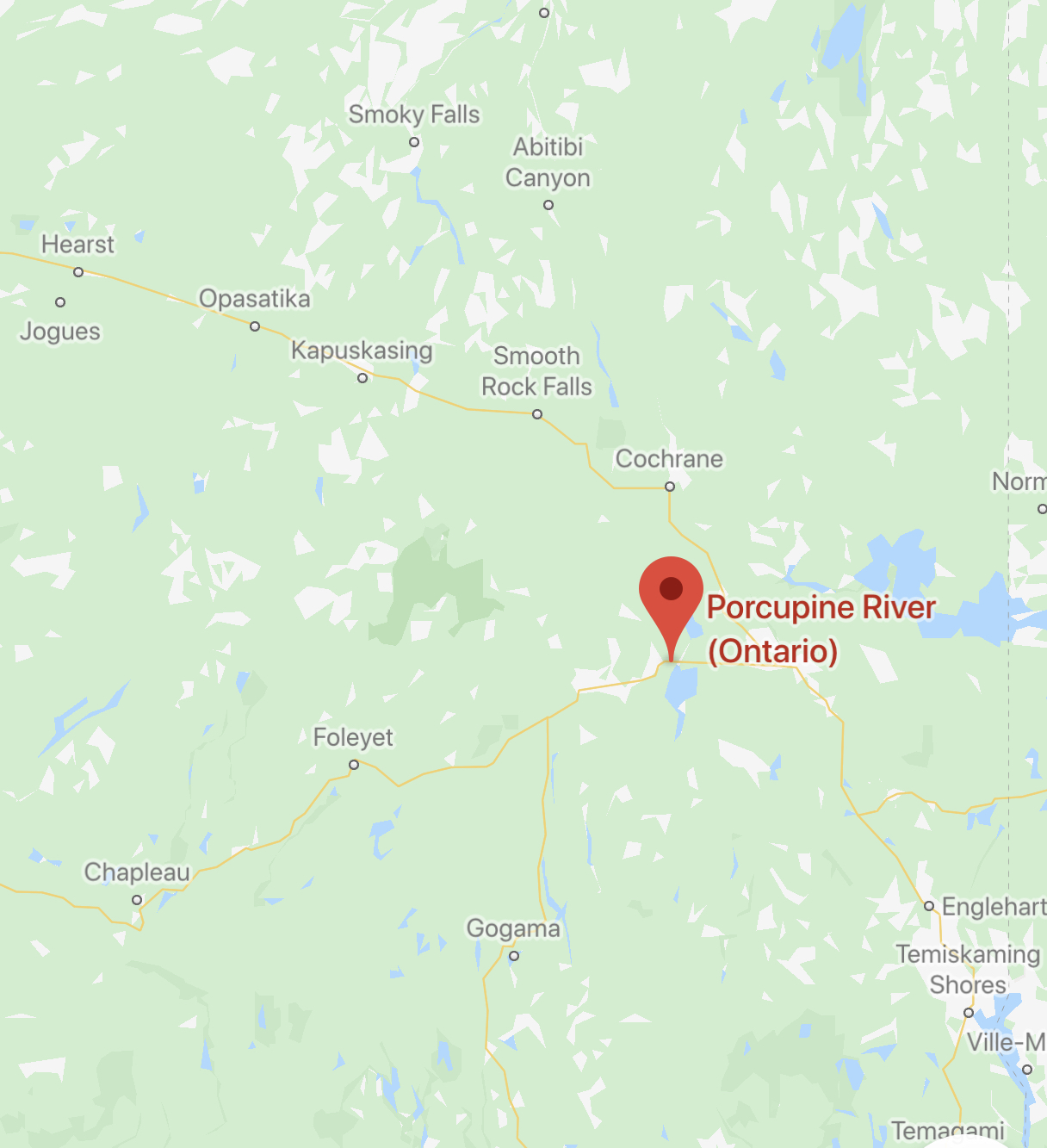 Porcupine Gold Rush began during the summer of 1909 and turned the area around Porcupine Lake into a booming community.

Two prospectors working in Northern Ontario didn’t have to dig deep to make one of the first highly lucrative gold discoveries. One of the prospectors reported that his partner was pulling moss off the rocks a few feet away, when suddenly he roared. The quartz, he had cleaned of moss, looked as though someone had dripped a candle over it, but instead of wax it was gold.

This discovery started the most important Gold Rush in Canadian history with a total production of more than 67 millions troy ounces as compared to the Klondike 12 millions. The Porcupine mines developed from these early discoveries sustained a robust economy throughout the Great Depression and into the late 1950s.

Noah A. Timmins is it’s most famous person.